Now that wait is over. Flutter team announced  Updates on Flutter Testing a few months back with a new integration test package which was built on widget testing API and supports firebase test lab.

So I could not help myself and started migrating my test. I must say it was a smooth migration compared to what I’ve done in the past.

So in this blog, I am going to share my experience and thoughts on this migration. This article is not going to deep dive into the testing concept.

Why do I need to migrate? What problem does it solve?

First of all, if the team is happy with the flutter driver tests and everything is working as expected then you might not need to migrate right away.

The migration cost would be low or high based on the number of tests you have in the project.

But there are few reasons in my opinion why you should migrate.

We will start the migration by setting up the new integration test first.

2. Refactoring: Move small and one test at a time

The second step is more of a refactoring technique. A simple rule in refactoring is to start small.

The first mistake I made was dragging and dropping all the files from test_driver to integration_test folder and got a whole bunch of errors.

I was trying to do a lot of stuff at once and failed miserably. I revert the changes and started back from moving one file at a time while fixing all the errors in that file.

This also helps me to understand what things I need to take care of when I move another file and also extract common functions or utility methods along the way.

So I start by moving a simple test about_us_page_test.dart which just simply matches the text. This how it looks

Note: A good practice would commit the changes after you successfully migrate one test file at a time 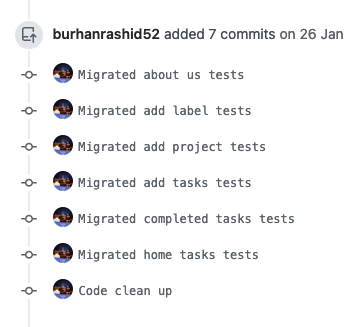 The following is a test to add a task and showing on the home screen when successfully added. This is how it looks

This is how we seed fake data and then we clean it up.

Integration test now allows us to create a separate android-test.apk which runs the espresso test. This will help us to test the apk in the firebase test lab. I am not going into details on how to do that in this article. They’re already great resources out there. If you are interested then please check this blog and video.

Currently, the integration test does not allow running an entire folder of tests – just like normal unit tests, instead, it always running one test file at a time.

I’ve been part of few migrations in the past where the migration to a different library or a package leads to breaking API changes. Since we already knew how widget APIs work it was easy to migrate quickly. This was one of the smoothest migrations I ever did. Thanks to the flutter team.

If you currently have flutter_driver tests then it will good to migrate early to avoid more breaking API changes. This will give us more area to test instead of just text matching.

Thank you for taking the time to read my blog.

Photo by Handiwork NYC on Unsplash 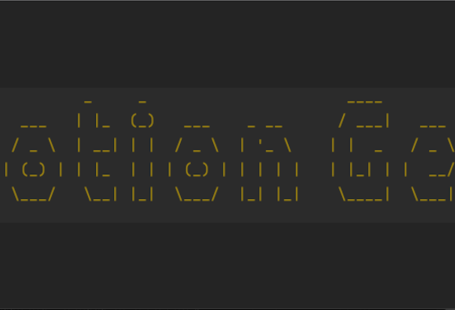