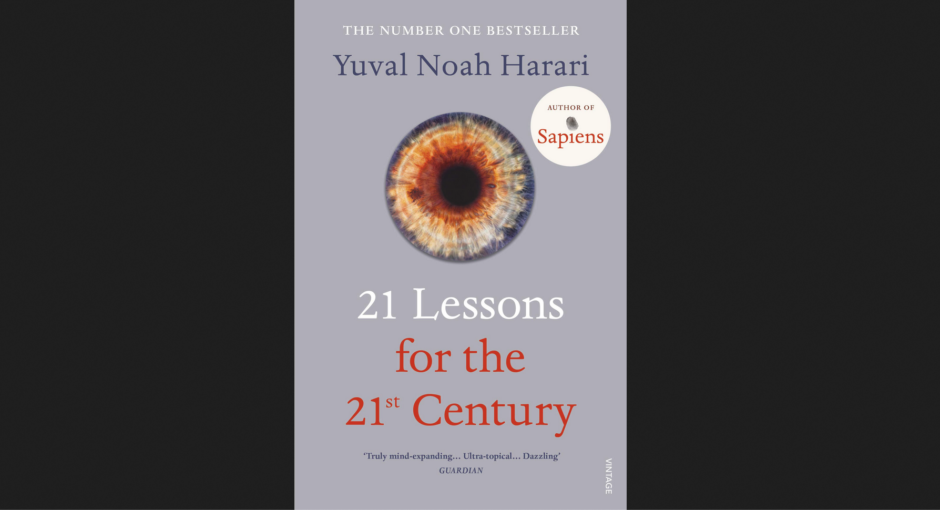 This is the last part of the three-book series by Yuval Noah Harari. Previously I’ve read and summarized his famous book Sapiens: A Brief History of Human Kind.

The author has divided this book into 21 lessons from different areas of life, work, community, nation, and almost any other topic.

So instead of summarizing all the 21 lessons. I will pick some of my favorites.

Due to the rise of tech and AI in the 21st century, we always hear that AI will take all the jobs and make people jobless. However, for every job lost to a machine at least it has created one new job. People who can make sense of data will be in high demand. As Carl Newport mentioned in his book called Deep Work “In this new economy, one Group will have a Particulars advantage: those who can work well and creatively with Intelligent Machines” The problem is when infotech is merged with biotech. If one can change a person’s behavior by analyzing their data then most jobs can be easily overtaken by AI. Because AI contains two important non-human abilities i.e connectivity and updatability.

The future richest 1% might own most of the wealth in the world including beauty, creativity. To avoid that we need to have ownership of data. But it’s difficult because, unlike land and machines, data is everywhere and nowhere at the same time, it can move at the speed of light, and you can create as many copies of it as you want.Nationalism It’s hard to imagine how people will live without

Nationalism is good when people think my nation is unique, but problems start when people think that my nation is supreme. i.e all other nations are wrong or below mine. The world is facing 3 major problems – nuclear war, climate change, and technological disruption. Instead of focusing too much on the individual nation, we need a new global identity to resolve this issue. Because these problems are not related to the specific nation instead they will impact the whole world.

Because of global trade, It’s unlikely to have a global war now. Probably it will be just two presidents threatening war on each other on Twitter. However Human stupidity is one of the most important forces in history, so we should not take it lightly. Earlier, war brings a lot of resources and assets to the country like wheat fields, gold mines, or even oil fields but now most of the important assets consist of technical and institutional knowledge which is in digital format. And it’s very hard to seize these assets by force. There are no silicon mines in Silicon Valley.

The books also cover many other topics like Communities, Terrorism, Secularism, Finding Meaning in Life, and Meditation. I highly recommend this book especially to young people who are going to make it till 2050.

Never Split the Difference: Negotiating as if Your Life Depended on It